A Photographer’s Fight Against a Dumb Patent

So when Nazer says he’s seen one of the all-time dumbest patents, that’s saying a lot. Yesterday, Nazer and his fellow EFF lawyer Vera Ranieri filed court papers seeking to invalidate a patent on photo competitions. US Patent No. 8,209,618, owned by a little-known video website called Garfum.com, was used to sue four small photo websites last September that dared to ask people about their favorite photos. [Source: Ars Technica] 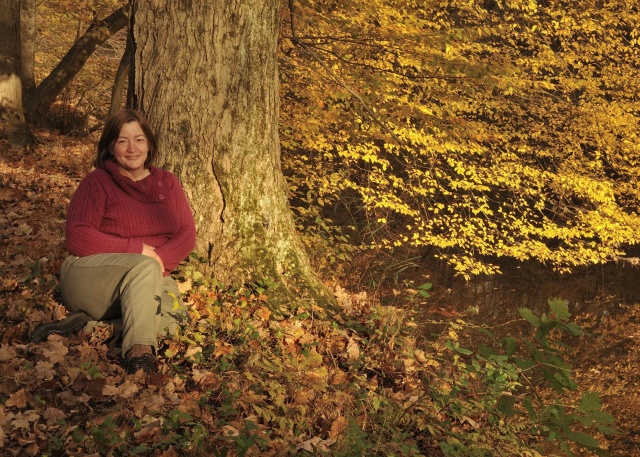 One of those four defendants, Ruth Taylor, runs weekly photo competitions on BytePhoto.com. Out of money but determined to not give in to an outrageous patent demand, Taylor is now the EFF’s newest client—the first patent defendant to be directly represented by the public interest group.

Taylor first encountered BytePhoto back in 2003. Her husband had bought her a digital camera, and she enjoyed submitting her photos to the site’s weekly photo competitions. In 2008, Taylor lost her job at a pharmaceutical company. It was a big pay cut, but she decided to give photography a try as her full-time gig. Going to more than a dozen art festivals a year near her home in Bucks County, Pennsylvania, she’s managed to make a go of it.

Taylor was sued by Garfum in September, and she first heard about the case from a lawyer who had seen the case filing online and was looking to represent her. Still not served with the lawsuit, she found it unbelievable. “I was kind of in a daze, because it seemed like a scam,” she said in an interview with Ars. “I said, ‘How could that be? How could you have a patent on a contest?’ I’m not a lawyer, but it’s not logical.” 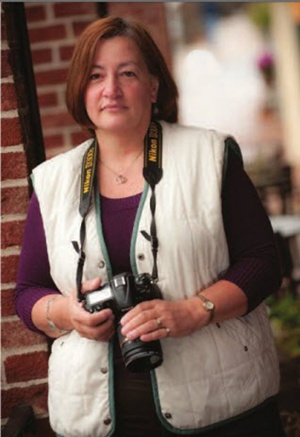 Days later, she found out it wasn’t a scam—a man knocked at her door, and she was served. Taylor and her husband didn’t even have the $10,000 retainer that would be needed to hire a lawyer to do the initial paperwork, much less the hundreds of thousands it costs to challenge a patent in court.
“I knew we weren’t infringing and it was a junk patent,” said Taylor. “I would just lay there at night, not really sleeping. You could lose everything, and what do you do? It’s quite frightening.”

She found a lawyer who would take smaller payments to file extensions and negotiate on her behalf. But she knew that could only go on for so long. “Garfum was expecting us to pay up with money I didn’t have and I couldn’t keep dipping into our personal savings meant for monthly house bills,” she said in a post on BytePhoto explaining her predicament to users.

In the interview, Taylor said Garfum’s lawyer was seeking a “really high amount,” which would be impossible for her to pay. As the process went on, Taylor realized she didn’t want to make even a token payment for such an obviously unfair patent.

“Even if we were only going to pay $500, I was still outraged,” she said. “All that meant is I would be buying in to this whole mess. I kept thinking, ‘If I let this happen, there are others after me who are going to be sued. Some of them could be websites run by my friends. I couldn’t let that happen.'”

Late-night Google searches ultimately led her to the EFF, which decided to take her case pro bono. The EFF has long done legal advocacy to reform the patent system and fight individual patents, but representing a patent defendant directly—a potentially very expensive endeavor—is a first for the group. It’s partnering with SF-based law firm Durie Tangri to represent Taylor.

“Our client has been running ‘vote-for-your-favorite-photo’ polls for years, just for fun and the love of photography,” said Nazer in a statement about the case published Wednesday. “The idea that you could patent this abstract idea—and then demand a settlement to go away—goes against both patent law and common sense. Patent bullies sue with weak patents and pick on defendants that can’t afford to prove their innocence.”

The EFF has filed a motion to dismiss (PDF), arguing that Garfum’s patent can be held invalid under a Supreme Court precedent set by the Alice v. CLS Bank case. The Alice case, decided last year, has been effective at knocking out patents that essentially try to claim real-world processes and then add generic language about computers or the Internet.

“Competitions determined by popular vote are not specific to the Internet or computers,” writes Nazer in the EFF motion. “Garfum might argue that features like a ‘user interface’ or ‘media player’ render at least some of its claims sufficiently concrete for patent protection. But courts have repeatedly rejected similar arguments.”

The Garfum patent, entitled “Method of Sharing Multi-Media Content Among Users in a Global Computer Network,” was filed in 2007 and granted in 2012. The patent and website are owned by Michael Garofalo. On his LinkedIn profile, he describes the business, writing, “Garfum is going to take what others have done: provide competitions but do it in a fashion that promotes interaction 24 hours a day, 7 days a week, 365 days a year.”

Garfum didn’t respond to a request for comment on this story. The company is represented by Dallas-based Austin Hansley. On a list of firms that filed the most patent lawsuits in 2014, Hansley’s two-man firm ranked 6th in the US.

The Story of One of the Most Prolific Inventors in History What if the Internet Was Patented?